Food as Art in Rome. Roman chef is coming in your home!

"All great things happen around a table." Giorgia Fantin Borghi

Attention, your Roman Chef is coming!

The culture of Roman cuisine told directly in your home. With family or friends, the best tales and stories pass through a laid table, good food and authentic flavors.

Our Chef will share with you gastronomic secrets such as the choice of raw materials, Roman traditions and recipes.

The cuisine of the Roman tradition, as we know it today, has a very strong popular matrix. In this sense, to allow a more precise identification, it is also called Romanesque.

A cuisine made of poor, rural and “recycled” recipes that have been able to conquer the most refined palates and those geographically and culturally more distant, by virtue of a unique and unparalleled genuineness. In the face of solid identity roots, it should however be remembered that Rome was and remains a crossroads of peoples, for its millenary history, for its political and economic value in the international arena. And not least, for its religious relevance, deriving from being the world center of Catholicism.
From Etruscan to Greek and Arab contamination, Rome has welcomed and enriched itself over the centuries with other cultures, irreversibly intertwining with some of them, as happened with the Jewish one.

Our Roman Chef will share gastronomic secrets with you: such as the choice of raw materials, Roman traditions and recipes.

You can book your Roman dinner by opting for the surprise Chef’s menu or your choice.

Book your Chef by contacting us! 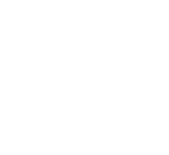